Need your signage some checking? 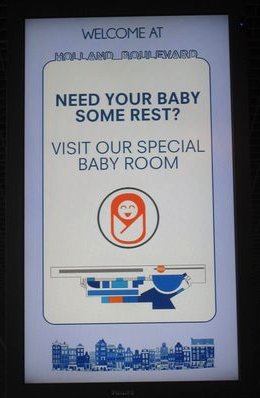 As Katje put it (thanks!), “at Schiphol Airport you’re truly welcomed into the land of Dunglish.”

This has a terrible Ebonics ring to it, due to the syntax. And then ‘Welcome at’ instead of ‘Welcome to’ is a classic.

It’s been quiet here for a while, but I have some more Dunglish piling up.

Thanks to everyone sending stuff in!

This entry was posted on Wednesday, November 17th, 2010 at 8:13 pm and is filed under Recent. You can follow any responses to this entry through the RSS 2.0 feed. Both comments and pings are currently closed.

7 Responses to “Need your signage some checking?”