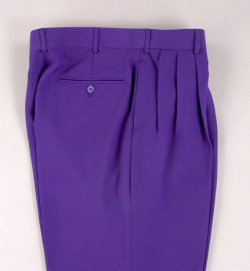 I just love a good alliteration!

Ahem. A new study published in the American Journal of Consumer Research entitled “Bilingualism and the Emotional Intensity of Advertising Languages” says messages expressed in people’s native languages are most effective at triggering emotional reactions. Authors Stefano Puntoni, Bart de Langhe, and Stijn van Osselaer (Erasmus University, the Netherlands) studied bilingual and trilingual populations in Europe. I am safely assuming that they dealt with Belgium and Switzerland.

So to all you Dutch marketing (purple pants) people, stop the Dunglish or tell your clients you’re deliberately not giving it your best shot because that’s basically what you are doing when you use Dunglish and English instead of Dutch. You’re also alienating a whole potential market of immigrants who are doing their best to learn Dutch while you bombard them with second-rate English. Think about going back to your roots for 2009 and sticking to what you know best.

The silly purple pants is apparently what they call Dutch marketers (not marketeers!) as the story goes they used to wear purple pants. The person who told me this probably referred to salespeople (salesmen, eh) back in the day. Any more info on that is welcome!

For the record, â€˜marketeerâ€™ in English refers to those annoying people who call you up at dinner time and try to sell you something. Nice to know the Dutch took over the bad term â€˜marketeerâ€™ instead of â€˜marketerâ€™, which is the more neutral term. When I hear â€˜marketeerâ€™, I think â€˜racketeerâ€™. Now you will too.

This entry was posted on Wednesday, December 24th, 2008 at 3:19 pm and is filed under Recent. You can follow any responses to this entry through the RSS 2.0 feed. Both comments and pings are currently closed.