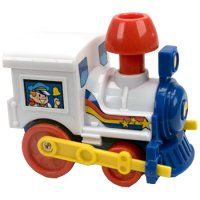 While Skyping about machine translated spam into Dutch with friends, which is hilarious, I booked me a train ticket to Berlin. I have no qualms about booking plane tickets, as those e-tickets work just fine. However, knowing the poor online reputation of the Dutch railways, I wasn’t sure if I should book it online, but eventually went for it.

Besides a half-Dutch, half-English website with mistakes and title tags with the wrong prices, this confirmation e-mail landed in my inbox:

“Do not reply at this message.
This is a send-only e-mailaddress”

“At” should be “to”, a typical Dutch mistake that could have easily been checked.
“E-mailaddress” is a literal translation of “emailadres”.

They still don’t get that consumer confidence also includes proper communication. They’re just lucky they’re that much cheaper than the plane this time. I’m also waiting for a programmer to blame the CMS.

This entry was posted on Friday, August 22nd, 2008 at 2:05 pm and is filed under Recent. You can follow any responses to this entry through the RSS 2.0 feed. Both comments and pings are currently closed.