Favourite ‘Dutch’ word for 2007 is ‘Bokitoproof’ 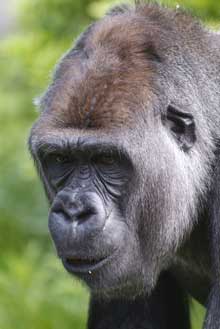 Language fans chose the Dunglish ‘Bokitoproof’, which indicates that a zoo is gorilla-proof, as the Word of the Year 2007. For those who missed the commotion, Bokito was the gorilla that ran amok in a Dutch zoo in Rotterdam earlier this year. It beat out perfectly good Dutch neologisms such as ‘comadrinken’ (drinking yourself into a coma), ‘klimaatneutraal’ (neutral for the environment), ‘slurptaks’ (tax on gas/petrol guzzling cars) en ‘lokhomo’ (gay bait).

The voting for ‘Woord van het jaar 2007’ was organised by newspaper De Pers, het Genootschap Onze Taal (linguistic association) and the Van Dale dictionary. Some 10,000 people voted and ‘Bokitoproof’ got 19% of the votes.

Another known Dunglish expression with the word ‘proof’ in it was ‘Rabo proof’, with a space, which is apparently wrong in Dutch.

This entry was posted on Thursday, December 20th, 2007 at 2:09 pm and is filed under Recent. You can follow any responses to this entry through the RSS 2.0 feed. Both comments and pings are currently closed.