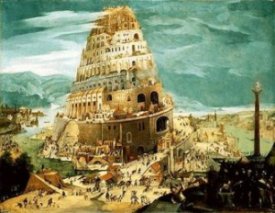 Ronald Plasterk, the soon to be Dutch Minister of Education, Culture and Sciences, recently opened an interesting can of worms (or a Pandora’s box – pick one) by saying that it was “childish” for countries to want to speak their own language in the European Parliament and that “everybody should speak the same broken English”, or in the Dutch case, since the article is in Dutch, they should speak “steenkolen-Engels” (‘Dunglish’). See the FAQ for more on both these terms.

He also said the Dutch should defend their identity although he was less passionate about that.

This entry was posted on Wednesday, February 21st, 2007 at 4:27 pm and is filed under Recent. You can follow any responses to this entry through the RSS 2.0 feed. Both comments and pings are currently closed.

13 Responses to “Dunglish in the EU”