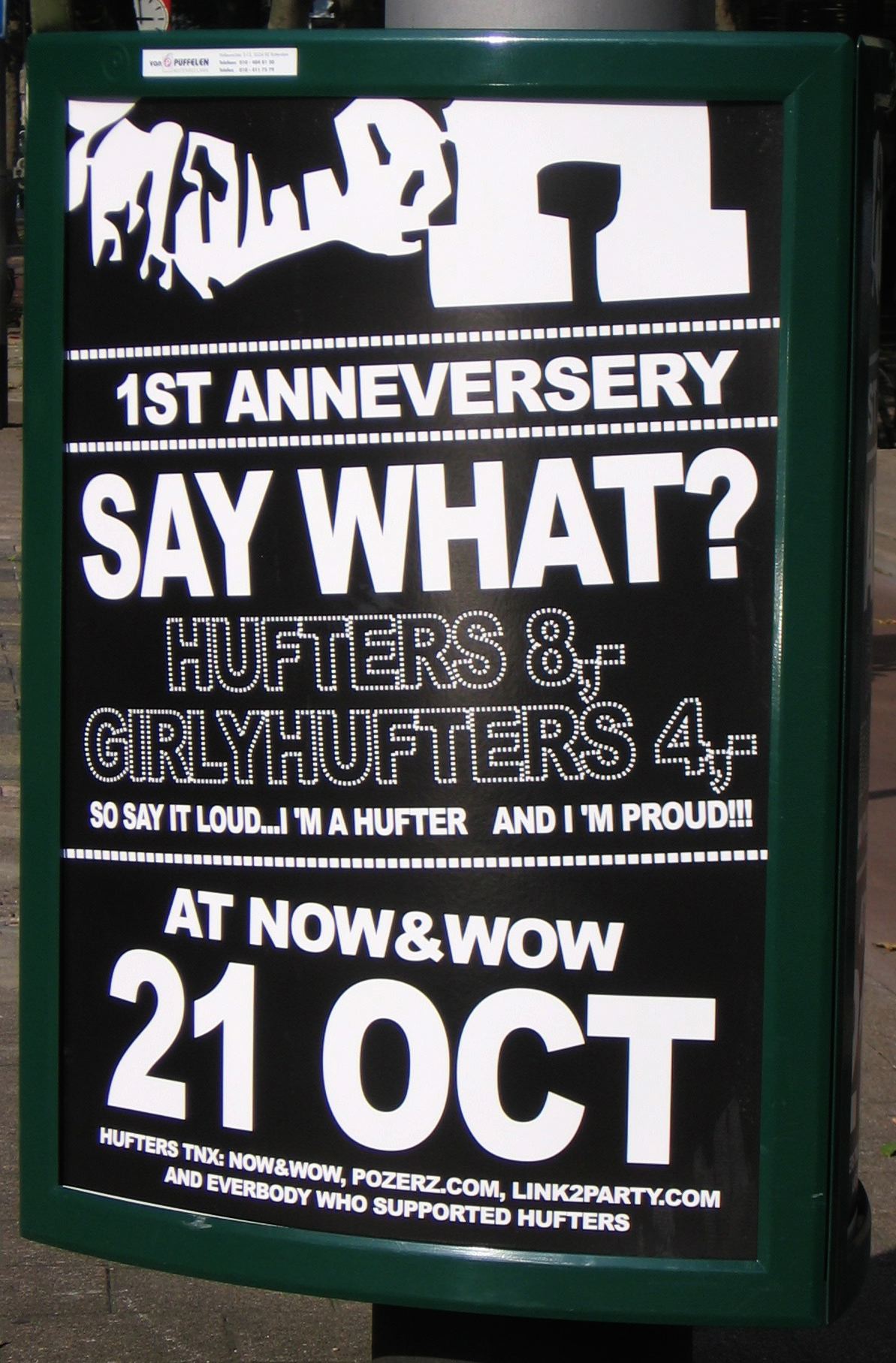 Say what indeed! Bad spelling got my attention (‘anneversery’ vs. ‘anniversary’), but the rest of this poster got me pulling out my piece, er, camera. The Dutch dictionary lists ‘hufter’ as ‘shithead’ or ‘asshole’ (love that Dutch candor), but yeah, it is meant here as ‘bastard’, ‘bad guy’, ‘mofo’ (do I need to explain this abbreviation?), that sort of thing. The beautiful part is that we now have the Dunglish ‘girlyhufters’ as the female version of the above-mentioned, which is way out there. These posters are usually entirely in English and I have never seen any mistakes or anomalies on them even when I used to live in Rotterdam.

Using English on party and club posters is pretty much standard fare in the Randstad, the area which includes the major cities of Amsterdam, Rotterdam, The Hague and Utrecht. Posters in Dutch automatically have a lesser effect and less appeal than in English. That’s an entirely different dicussion. I realise and accept that the younger crowd would want to be associated with something more international, and to do so requires English. But when it’s sloppy like this, the image projected goes from being tuned into the lastest in international trends to ‘boerenpummel’, which the Dutch dictionary lists as ‘country bumpkin’, but which I mean as ‘small town hick’. Coming from one of the top clubs in Rotterdam – and I’ve been there! – it just doesn’t live up to its reputation.

This entry was posted on Sunday, October 16th, 2005 at 2:47 pm and is filed under Recent. You can follow any responses to this entry through the RSS 2.0 feed. Both comments and pings are currently closed.