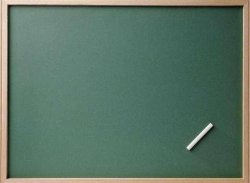 According to the soon to be Ph.D. graduate Ton Koet of the Universiteit van Amsterdam, Dutch speakers are more critical than English speakers about the quality of English spoken by Dutch speakers. Interestingly enough, having a good English accent is more important than actually speaking English properly.

Some highlights from this Dutch article:

1. At the lowest levels of education, being understood in English is the only requirement, while in higher education, a good accent is very important. “Can a Dutch teacher judge the level of English of their students or should their be judged by a real native speaker?”

I’d ideally want to be judged by nothing less than a native speaker. (At elementary school we had English in a remote part of Canada from a French speaker and they sent her packing after one class. The director of the school boldly took over himself when he heard the utterances of this poor woman.)

2. Children who speak non-standard Dutch are judged more harshly on their Dutch and their English by the Dutch. So much for tolerating integration and regional differences.

His conclusion is to have more native speakers teach English. Foreign languages should ideally be taught by native speakers. What a shocker. I still cannot wrap my brain around the fact that this is not the case, shortage of teachers and lack of interest in teaching aside. Don’t tell parents it doesn’t matter at elementary school and that it will all come together later because this entire blog says otherwise.

This entry was posted on Monday, September 17th, 2007 at 11:43 am and is filed under Recent. You can follow any responses to this entry through the RSS 2.0 feed. Both comments and pings are currently closed.