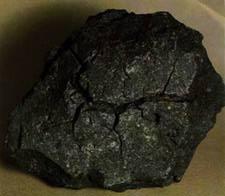 Dunglish has been quoted by a Ph.D. student!

Since I keep repeating that the Dutch criticise their own countrymen about the use and misuse of English (I’m like their message board, really), here is a Dutch article on a Ph.D. thesis which basically says that:

– North Americans are the most irritated by Dutch people’s broken English.
Survey says.
– The accent of the native English speaker influences how they perceive certain Dutch pronunciations.
It must be true.
– North Americans picked up less on the mistakes, but were more irritated.
And apparently this was a “surprising conclusion”.
– The most irritating mistakes were stress at the wrong place in words.
Someone I know mispronounced “catastrophe” the other day and I had to say something.
– The Dutch had their mistakes explained to them, which they apparently underestimated.
I hear this often. I still don’t get why Dutch people teach English to Dutch people.
– Pronunciation differences between Dutch and English is not a priority in the educational system.
They can’t even find enough teachers for school children here!

This entry was posted on Friday, November 10th, 2006 at 6:26 pm and is filed under Recent. You can follow any responses to this entry through the RSS 2.0 feed. Both comments and pings are currently closed.