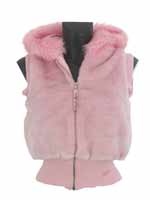 When it comes to fashion, dumbing down is all the rage. Experience has taught me that Dutch women’s magazines are Dunglish mills, which is part of the overall look. I will make a mental note of checking out men’s magazine to see what that’s like these days. As a tribute to this phenomenon, here’s yet another Dutch women’s magazine that will test your code switching abilities. There’s so much English that you’d think they wanted to jump out of their Dutch shell, but there’s enough Dutch to let you know that you’re still in Europe. Part of me – the part that likes fluffy pink things but dares not wear them in public – wants to read either Dutch or English, but not this mélange.

This entry was posted on Monday, January 9th, 2006 at 12:57 pm and is filed under Recent. You can follow any responses to this entry through the RSS 2.0 feed. Both comments and pings are currently closed.

9 Responses to “Bling my Dunglish”