Until June 19th I’ll be driving through France and Italy. 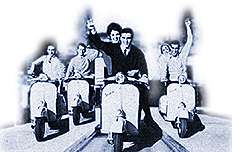 Dunglish was recently mentioned on the blog of aquarius.net, the world’s biggest translation site, which happens to be a Dutch company. 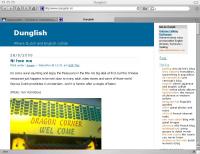 Dutch politicians are a major source of spoken Dunglish. Their biggests blunders involve the use of expressions, which are the most difficult thing to master in any language.

– Apparently, Dutch prime minister Gerbrandy introduced himself to Churchill with â€œGoodbye, Mister Churchill!â€ Later, Churchill said this had been the shortest conversation he had ever had.

-Prime minister Joop den Uyl once called the Netherlands “a country of undertakers”, “undertaker”, a literal translation of “ondernemer” (entrepreneur).

-EU Commissioner for Competition Neelie Kroes came up with the following last year, which was quite embarrassing:

Worse, she used an expression with no direct equivalent in English:

Kroes: “Who says A, must say the rest of the alphabet”
Dutch: “Wie A zegt, moet B zeggen”
English: Something like “you have to continue what you’ve started”

Van Agt: “I can stand my little man”
Dutch: “Ik kan mijn mannetje staan”
English: “I can hold my own”

There are more of these stories out there, so let’s please collect them!

This entry was posted on Thursday, June 2nd, 2005 at 10:18 am and is filed under Recent. You can follow any responses to this entry through the RSS 2.0 feed. Both comments and pings are currently closed.

17 Responses to “I’m going on vacation!”