The Dutch government recently voted against having elected mayors instead of hand-picked ones, saying it was “Americanization”. Most of the planet has elected mayors, but blaming America just sounds better. For the second time, a toy is better than a “speelgoed”. Vote to get “toy” into the Van Dale dictionary: toy, much better than “speelgoed”, because it sounds more American. 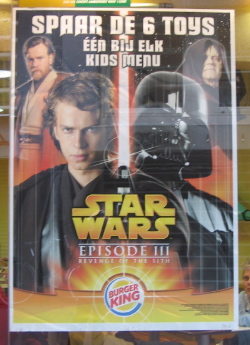 This entry was posted on Tuesday, May 17th, 2005 at 12:05 pm and is filed under Recent. You can follow any responses to this entry through the RSS 2.0 feed. Both comments and pings are currently closed.